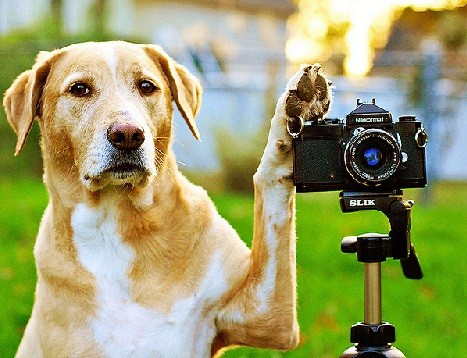 What are your views on this? Do you think people who post on Facebook often have more exciting lives than people who aren’t posting as much?

She told us to not accept a Friend Request or answer any Facebook messages from her because her account was hacked.

It was interesting seeing her post. It made me realize I hadn’t ever seen her post anything. I checked how long we’d been Facebook Friends: almost three years.

Hi friends: If you received a Facebook request, private message, or anything from me, delete it please. Someone is pretending to be me. (You’d think they would have picked someone more interesting.) So Ignore, unfriend, delete, whatever. I’ve reported the fraudulent account to Facebook. Thank you!

“Your absence on here makes you all the more interesting!”

I thought my comment back to her was spot on. It was a powerful sentence.

The fact that she doesn’t Post to Facebook often (or ever) ups her interest factor. What is she up to? What has she been doing all these years?

I don’t know anything about her except for what I knew about her when I really knew her — in actual, real life, not Facebook-knowing.

Some daily and weekly Facebook posters don’t leave anything to the imagination. They put it all out there, all the time.

We know what they are eating for dinner, literally. Incredibly, we often feel like we know them better than we know our best friends.

They post so often you may actually become sick of seeing them in your News Feed.

Yet, so many people think if they don’t have kids to post about or vacation pictures to exploit, they aren’t leading exciting lives.

But sometimes it’s the people who go about their days quietly, trying to do the right thing, not needing validation, attention or praise…. These are the people who are the most interesting.

These are the people we should want to read about.

Are these people happier with themselves?

Is that why they don’t seek the constant reinforcement and attaboys from others to tell them how great their lives are?

These are your Facebook Friends who often Like others’ posts but don’t need the spotlight on themselves as their fuel for functioning.

We can probably all learn a lot from these types of people.

Some of my very good friends have finally joined Facebook.

One in particular, a talented former coworker, never married. She didn’t have kids or pets.

I was surprised to see her downing herself on her Facebook wall. She was saying she won’t have anything exciting to post, unless she goes on vacation.

It was very interesting to realize she was equating having something “worthy” to post meant posting about a spouse or kids.

Does everything deserve an audience?

A few days later, one of my friends talked to me about her dilemma about posting about her work promotion on Facebook. Someone in her department was promoted as well. This individual posted it on Facebook, getting congratulations and accolades.

My friend didn’t post and sort of regretted not posting about her achievement. She was proud and happy and wanted to celebrate. Yet, there was something keeping her from posting and self-promoting. She wondered if everything deserves an audience?

What is appropriate to put on Facebook and what isn’t? For whatever reason, she wasn’t comfortable posting about her success.

Many of us have these feelings and these decisions to make: Should I post this on Facebook or not? There are many people who debate and deliberate before posting.

And, not right or wrong, but there are others who post every great thing that comes their way.

There was one month when all three of my kids had lots of success. One was selected to play in an all-stars baseball game and then was the MVP. They all had straight As. Two of them were recognized at school for character awards. One won at a math competition. Another was chosen for a lead role in a play at school.

That was a great couple of weeks! Why didn’t I post any of this on Facebook? I don’t know. Maybe because if I started posting one good thing, then I would need to post about all of it, and it seemed like too much bragging and attention-seeking.

And a part of me wanted to maintain some privacy for my kids and my family.

We once were hyper-concerned with privacy but now are getting a bit lax, the longer Facebook is around.

Remember how you would never dream of posting about your vacation while you were away on vacation? Someone could break into your house!

Now? We are desensitized to it.

It’s the same with posting about our families. Does everyone need to know what we are up to?

What is the purpose of posting on your Facebook wall?

There are times when I whip out my phone and start posting away, not really giving it much thought.

But there are many more instances when I hesitate and decide not to post. I start thinking about “why” I am posting this.

I often try to think of the purpose of my posts. If I post that my son won a math award, am I posting because I’m so proud of him? I can congratulate him on my own. I already told him I was proud of his hard work even before he won.

So to publicly post, what is the purpose? Is it to let everyone in my friendship circle in town know he won? They will already probably find that out, and if they don’t, that’s okay.

Is it to let faraway family and friends know my child worked hard and is interested in math?

All my friends and family in Facebookland who don’t live here will want to know… right? Maybe grandma and grandpa but really, who else would care?

Sometimes, when people post about their kids on Facebook, they are doing it to create a certain image.

It’s a little marketing campaign to make sure people know how good their kids are at something.

Us parents are creating an image of them on Facebook, one post at a time: My kid excels at soccer and chess and swimming. My other child is a talented artist. You will all know about it. I’m telling you what I want you to think about when you think about my kid.

What do you think when someone isn’t posting on Facebook?

So what do you think? When you realize someone in your Facebook circle isn’t posting, do you think they are down on their luck and nothing good is happening?

Or do you think they are busy leading their lives with no time or desire to post? Or that maybe they are taking a break from Facebook and giving up Facebook for awhile?

Do people who post often need more attention and pick-me-ups than people who don’t post as often?

Would you rather be enjoying your life or taking time from the moment to post about it? How much Facebook posting is too much?

What is a happy life and success to you? Do scores of Facebook Likes and Comments fuel you? Do you love being tagged and included on Facebook posts? Or can you lead your life without broadcasting about it on Facebook?

Indeed, there’s a fine line between “keeping yourself out there” and posting too often.