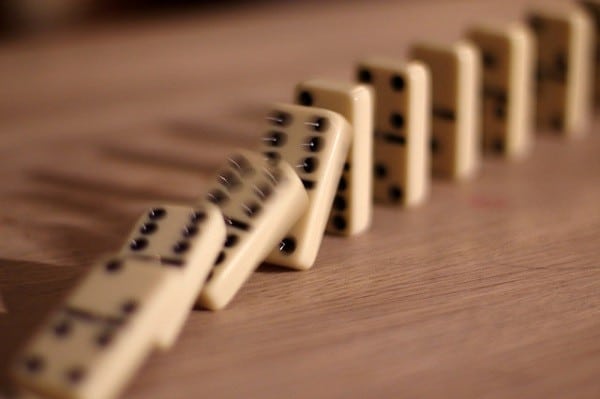 Being a mom and on Facebook is sometimes hard work. Yes, we know: These are first world problems for sure. But sometimes we see a post on Facebook that puts us in a bad mood. There is a lot that moms have to deal with on Facebook.

This sometimes-not-so-great feeling we have after being on Facebook is often difficult to understand or explain.

There’s just this gnawing feeling that something isn’t right.

Afterwards, we are stuck in our own world— one in which we overthink and stress about stuff which ends up making us more anxious. It hurts our psyche and has a domino effect on our day.

Even though there are a lot of great things, there are bad things about Facebook too. Here’s what we have to deal with because of Facebook.

What we have to deal with because of Facebook

We all want to feel included. Of course we want to be likable and have people invite us to outings.

No one wants to be sitting home on a Saturday night only to log onto Facebook and see a bunch of friends are out somewhere fun without you.

You end up wishing you never saw that post because you end up obsessing about it. Has this ever happened to you? Sometimes these Facebook posts hit us to the core, mostly when we least expect it. Think about it:

We often log onto Facebook when we are tired, bored, overwhelmed, or procrastinating… and simply not at our best.

Many moms and other people are giving up Facebook because we are trying to stay positive. We don’t want to be dragged down because of what we see others posting.

We don’t want to have to be a part of that hyper-connected world in which we have to be “on” all the time being witty or popular or cool.

And really, we don’t want to be constantly curating an image of ourselves by portraying our fantastic kids and wonderful lives.

It’s all so exhausting.

This is a lot us 21st century moms have to deal with when it comes to Facebook.

What moms have to deal with on Facebook and social media

It goes on and on. Again, for sure, there are other more significant problems in the world. But this Facebook stuff seems just as real to many moms at times.

Getting in a bad mood after using social media

We often log on Facebook, and we see something that puts us in a bad mood. And once we are in a bad mood, it affects how we deal with what is going on around us. It affects our productivity and our relationships.

We want social media to be fun, not to drag us down.

Sometimes, simply by changing the Notifications Settings for some of your Facebook friends will be enough.

Other times, you may have to minimize your time on Facebook. There are many people who purposely take a break from Facebook.

Either way, it’s best to remember it’s a great tool to keep in touch with hundreds of people. Keep it light and fun, and it will serve you well.

Moms have to deal with enough already without having to contend with what they see on Facebook. See also: New words we use because of social media