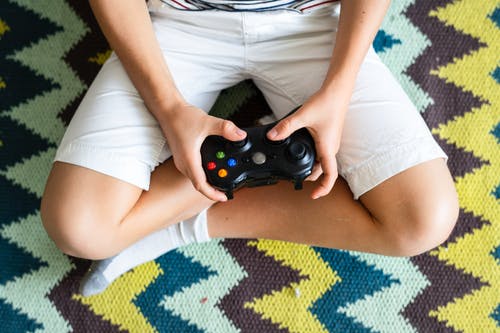 You want your kids to play electronics less often? Don’t put video game consoles in their bedrooms. And while you’re at it, remove the TV from their bedrooms too. They won’t like it but everyone will be better for it.

As kids get older, they are becoming more independent. They are spending more time online and rarely play with toys.

This is more the reason for you to keep the video game console in the living room or other common area.

When kids become tweens and teens, parents don’t hear about their days like we used to. We don’t know everything that went on with their friends. Most likely, we don’t even know all their friends.

When our kids were younger, the days went by slowly. But now? Their childhood is slipping away.

They are more independent and busy with school and extracurricular activities.

Don’t isolate them further by encouraging them to be in their bedrooms any more than necessary.

Video game console out of the bedroom

Parents complain about their kids spending hours a day on electronics. However, many of these same parents have equipped their children’s bedrooms with gaming consoles, TVs, and computer screens.

Advantages to having video games in child’s bedroom

Children will tell you there are lots of great reasons to put a gaming console in their bedrooms.

Is this what parents are hoping to accomplish?

All of these so-called advantages are really only (somewhat) advantageous for the kids.

For parents, the only real advantage is convenience.

Sure, sometimes Grandma or parents are looking for a big gift for birthday or holiday gift for your kids.

A TV in the bedroom seems like a wonderful birthday or Christmas gift because “that’s all he wants” and what else are you supposed to get a tween or teen boy?

Setting up a screen or a gaming area in their bedrooms is not the answer!

Kids spending too much time online

Even in families who have the Xbox, PlayStation or Nintendo Switch out in the common area — living room or basement — nationwide, kids play too much. 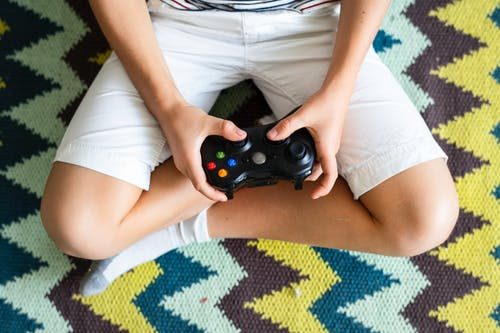 When it’s in their Very Own Rooms, it’s too easy for them to be on even more frequently.

So what’s the solution?

Don’t buy a TV and video game console for your child’s bedroom.

If he/she already has one in the bedroom, remove it.

Explain it’s not a punishment.

Advantages to having video games in common area

Everyone learns valuable lessons from keeping video game consoles in the common area.

Overall, your kids will be online less when the video games are in the common area.

Because of this, they will have more time to pursue extra curricular activities, school work, reading, exercise and play.

They can learn to be bored and how to figure out what to do.

You will have more family time.

Behavior, sleep, and many other things improve the less time kids spend in front of electronics.

Remember, your kids won’t be living in your house forever. Maximize the time with them while you can.

Sure, you will be inconvenienced having to see and hear the video games but that’s part of our job as parents. Like changing diapers, it won’t be forever!

Sometimes having a play date is a pain. Especially when the kids play video games in the living room, and you live in a small space — everyone is around. It’s okay; it’s just temporary.

Everyone else has video games in their rooms, says your teen.

Yes, they are correct. Most likely, most of their friends can play video games in their bedrooms.

Take a look online, and you will see Pinterest boards dedicated to video game bedrooms. There are stores with pages of ideas for setting up a video game space in kids’ bedrooms.

Parents have different views on their kids and electronics.

Some think it’s okay to have gaming consoles in their kids’ rooms but are strict they won’t let their kids have a phone. You may hear other moms talking about video games in their kids bedrooms so it makes it seem normal and okay. We have all become desensitized to it.

Often, when there are younger siblings in the home, it’s tempting to allow the older siblings to have electronics in their bedrooms.

The years are short. Don’t isolate your tweens and teens further by having them retreat to their rooms because it’s convenient.

Think of them being in school all day, possibly playing sports and having other extracurricular activities, and doing homework. Much of the other time they spend online.

A goal for parents during our kids’ tween and teen years to keep engaging them. It’s okay for our kids to be bored. It’s okay for them to not have access to technology whenever they want to.

Having family rules — whatever makes sense for your family — is important for owning a game console.

Perhaps it’s one hour of electronics on school nights, and on weekends and school breaks, it’s 2-3 hours a day.

In our social circle, it’s common for families with more than one boy to give them each a gaming console in their own rooms.

No one has to wait their turn

Yet, having to take turns and figure out a schedule — to negotiate — is the better way to go. Each child will spend less time online if they have to take turns playing Fortnite or Rainbow 6 Siege with their friends.

Waking up early to play

When we stick to our “no electronics until 10am” rule on the weekends, my kids sleep in.

Often they tell me they woke up around 7am or so and went back to bed. On days we don’t limit access to electronics, they get up early to play on their iPads.

Playing in the middle of the night

Naturally, having gaming consoles and devices in the bedrooms entices kids. Whatever your rules, these kids now have unlimited access at night.

Even when the child keeps his bedroom door open, and you have complete access, it’s still much more private than when it’s in the open area.

Updated media tips from the American Academy of Pediatrics offer practical suggestions for our kids in the digital age. They acknowledge kids will be online and that it’s okay for teenagers to have online relationships. They do recommend creating tech-free zones as well as keeping kids’ bedrooms screen free.

Keep kids’ electronics out of the bedroom.

If this isn’t possible, set a rule that all electronic devices remain in the kitchen at night (after 9pm or whenever).

You can take the TV remove, the video game controls, etc.

Be sure to mute the devices. You can also set controls to Silence Notifications for whichever hours you choose. Example, set it to silencing from 9pm – 7am, even on school breaks.

There are ways to get your kids off electronics, especially over summer breaks and days off from school. Among the best ways are keeping bedrooms electronic-free zones.