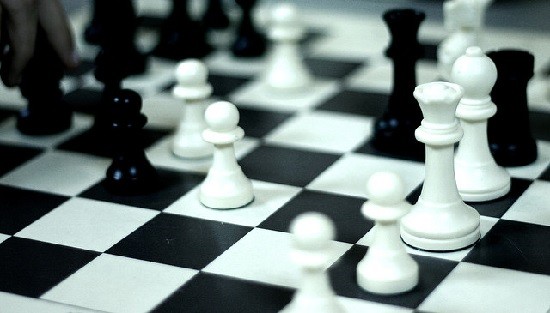 This might sound weird, but have you ever had the feeling that someone is competing with you?

Or that someone — aka a fellow mom — is overly interested in what you, your kids, or family are doing?

Moms competing is a real thing. There’s even a name: Competitive Mom Syndrome.

This is the person who will rarely pay you or your kids a compliment. She might just “forget” to RSVP to your child’s party.

Strangely, you may even feel this Certain Someone is sort of noticing you on social media.

But I’ve felt it: that feeling that someone knows what I’m up to. This person may play psycho mind games or gossip. At times, she may be rude (subtle or overt).

These social mind games, in social media and in real life, are very interesting.

Moms competing with you

Have you ever been in a competition with someone but didn’t know you were in one?

That’s how it is with this person I know.

Luckily, I moved hundreds of miles away, so it’s no longer an in-my-face issue.

I want to scream: My family and I aren’t in competition with you and your family!

We never were, and we never will be. Please turn your attention elsewhere.

The older I get, the more I recognize that many people play mind games.

One would think that as we age, we would become less competitive with each other, more sure of ourselves, and just overall happy for others’ successes and achievements.

Wouldn’t you rather someone do well than experience hard times? A rising tide lifts all boats, and all that?

As I watched Orange Is the New Black on Netflix, there was a flashback scene I actually rewound to watch again.

This scene was with Piper and her friend Polly.

Piper was sitting on a bed in Polly’s room and said something like, “Is it bad if I feel a little jealous of you?”

I think of that now whenever a mom is rude or seems to be competing.

Maybe she is jealous.

Maybe she is just competitive and needs all the focus.

Something is bringing out the insecurities in her that has nothing to do with me.

Sure, this sort of stuff happened decades ago, but it wasn’t as obvious.

There were social snubs and rude comments but all of this, more or less, happened in person.

It wasn’t as always noticeable…. People couldn’t intentionally leave others out of Facebook tags and other social media tagging.

Now you know when you aren’t invited to something.

You know when someone unfriends you or doesn’t accept your friend request.

It is interesting and speaks volumes about their character and who they deem worthy and important and in their circle.

When I see someone snubbing someone or someone is snubbing me, at first I am appalled, and then I remember the OITNB scene and think maybe she is threatened in some way.

Maybe I’m the clueless one giving Likes and social praise.

Someone is going on a fabulous vacation or looks awesome in a dress…. When they get 300 Likes does that really matter to me? Does it negatively impact me in any way?

We aren’t in competition.

We are all busy leading our own very busy lives. Does giving them praise (or positive Comments and Likes) take anything away from me? No, it doesn’t. Really, it doesn’t.