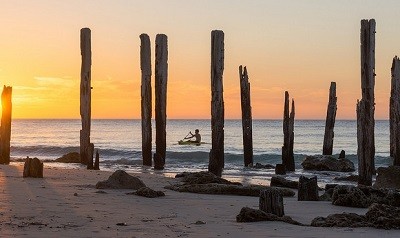 Once I go onto Facebook, I keep going back for more. I do much better not even logging on.

However, like many people I talk to, if I don’t go on Facebook every day, or at least every other day, I feel like I’m missing something.

Do you know this feeling? We love Facebook. There is much to see and do in Facebookland. It’s easy to get swept away.

Just recently I caved and broke my three day “no Facebook” streak.

I logged on one morning when I couldn’t make myself get out of bed. I was so glad I did because I learned a good friend’s mother had died, and they were having the funeral that day. It seems I missed the earlier post about when she actually passed.

So then I wondered what other Facebook friends’ news I missed, and it goes on and on. Facebook becomes addicting.

Rather than taking an official break from Facebook, sometimes I limit my time on it instead.

Something that works well is to only look at the first 10 posts in my News Feed. It is difficult at first but it’s a successful strategy to see a little bit about what’s going on. And hopefully if there is a big, “trending” friend’s story in my News Feed, I will see it.

I thought I’d bop onto Facebook to see what struck me. I’m going to name the topics of the first 10 posts in my News Feed. It is an average Tuesday in February.

I feel like this is a fairly representative sampling of what I usually see. Someone is celebrating something or posting a recipe. There are some kid pictures and something funny.

Depending on what’s happening politically, you may read more than you want to about someone’s political opinions. (If you want to see the stats on my first 10 posts after Inauguration Day and the days following, read Facebook and Politics.)

And sometimes, you might be treated to the usually-annoying cliffhanger posts.

I tracked it another random day, in July. Out of the first 10 Facebook posts, the stats were:

Do it yourself, and you’ll see the trends. It’s really a great way to keep yourself from being online so much. Check your Facebook Notifications, see if you have friend requests, then check the first 10 posts in your News Feed. Chances are, this will all take less than five minutes, and you can go back to living your life.

Being on Facebook just five minutes a day is 30.41 hours in a year.

Holy moly! What could you do with that time instead?

Limit time on Facebook but still be in the know

You will avoid the FOMO and be able to save time.

Checking in on just the first 10 Facebook posts from time to time keeps it short, sweet, and to the point… just what Facebook is meant to be: A time-saving platform which enables us to quickly and easily update friends and family about what is going on in our lives as well as allowing us to keep up with everyone else.

It’s a way to limit your time on Facebook without missing out.

See also: Giving up Facebook for Lent and other times