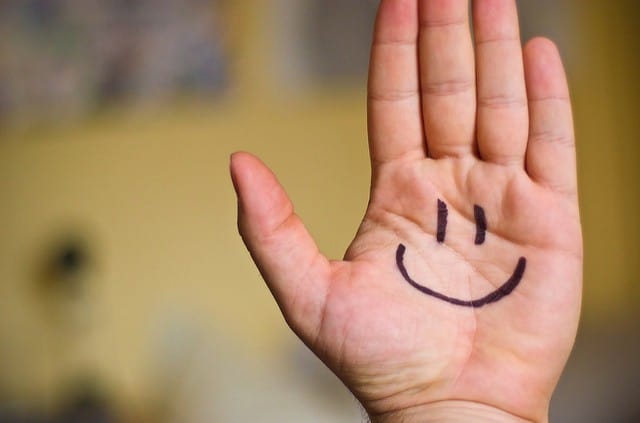 Think of Facebook as a highway and your posts as the billboards. When you post on Facebook, you are your own marketing firm pitching exactly what you want to advertise.

Your Facebook friends see exactly what you want them to see. Each day, your friends drive on the Facebook Highway and see your self-promotions.

Is your life great? Are you and your kids successful? Do you go on interesting outings and have coordinated holiday family portraits?

Do you seem to have the perfect life? Post away! Show those glorious pictures. That’s what we love about Facebook.

We get to create the message.

People aren’t catching us at our worst because typically, we put our best out there. But while it may be our reality for that moment, it’s probably not that way all the time. 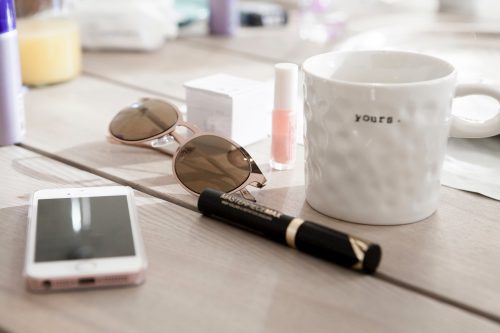 Years ago, a wise woman quoted this to me. She quickly cited 3-4 instances where the situation looked different than reality. She did this right off the cuff; no hesitation. These occasions were perfect examples. She had these occasions where it really appeared something was true but it wasn’t the case.

Most likely, we can all think of times where we assumed something and were wrong. While perception is often our reality, many times we are incorrect, whether we know it or not. And a lot of times on Facebook and social media, things are really not what they seem.

We see these beautiful smiles and beautiful families on Facebook and wish our situation was better. We see pictures of all these kids earning awards, excelling at sports, and applying to top universities while ours are struggling.

It’s hard. It sucks. We don’t wish anyone ill will; we just wish some good would come our way. When we are the ones posting our happy times, we’re probably not always trying to brag. We’re certainly not trying to make others feel badly.

But we are usually trying to showcase ourselves in the best possible way. We create a certain image and use Facebook and other social media to reinforce that image and message.

Think of all those rampant Facebook-beautiful selfies. Your Facebook friends look darn good, so they post these pics of themselves. But these same people won’t post when they are just chilling on a Sunday afternoon in their comfy clothes and no makeup, even if it’s a more accurate picture of their real-life selves.

After that woman told me her stories, I was able to quickly come up with several of my own. So many times things weren’t what they seemed on Facebook or in real life.

Here are some instances when something looked completely different from reality.

Before we moved, we became close with a family on our block. Our kids played well together and would go back and forth easily between our homes. Us adults would get together for board games, football games and barbecues.

We enjoyed being “couple friends” with them.

One day, she told me there were divorcing. What a shock. It seemed their life and attitudes were carefree and filled with love. N-e-v-e-r would I have thought they would divorce.

Since then, I learned of two other divorces and had the same thoughts. These would be among the last couples I would expect this to happen to.

I was getting my hair cut and these two women — younger than me by 10+ years — huddled around a salon chair near me. They were alternating between sitting in it and standing by it. They were taking picture of each other and seemed to be posting them online.

One had the most gorgeous, long, wavy thick hair. They seemed to know each other well.

A few minutes later, I looked over to see the one with the really beautiful hair sitting in the chair, and the other one, who apparently worked there, stripping layer after layer of hair extensions off her scalp. What a shock.

Here I’m thinking this girl has the most incredible hair ever — and I guess she did — but it wasn’t hers at all. It really was the epitome of things not being what they seem.

There’s this beautiful mom I know. She’s not just Facebook-beautiful, she is truly beautiful any time I have ever seen her. I always thought she must have the perfect life. She’s a stay-at-home mom; her kids are a bit older so she’s not chasing around like moms do when kids are little.

She’s a mother who prioritizes dinnertime with her family. During the day, when her kids are at school and her husband is at work, she works out and gets her nails and hair done. She goes to the spa and gets treatments. Is she working hard to look good or does she just look good?

Basically, she’s fit and thin and healthy and relaxed and has a great social life. She really seems to prioritize herself. Damn her, I’m jealous.

I always see these pictures of her on Facebook looking great, out somewhere fabulous with her best friends, or posing cutely with her husband.

One day, a mutual friend made a comment referencing this woman’s past situation with her husband. I had no idea what she was talking about. She said he had had an affair. Suddenly, all that perfect life stuff faded away. Everything about her trying so hard made much more sense.

I was at a small Thanksgiving feast with a few families and was surprised when my frenemy walked in. The hostess welcomed her with open arms but I knew they weren’t the best of friends. What was going on? Why did the host invite her when I know for certain she doesn’t care for her? I guess they must be better friends than I thought.

Later that evening, I learned my frenemy had invited herself.

Literally, she called the hostess and said she heard about her annual feast, and could she get an invitation too? The hostess was too polite to refuse.

We posed for our annual Thanksgiving picture and someone posted it on Facebook, tagging the rest of us. Had I not had that insider information, I would have gone on thinking that she was officially invited, just as it appeared to everyone who saw it on Facebook.

So many times, things aren’t what they seem on Facebook.

There’s a family we knew in our old neighborhood. They were always posting about going out to dinner somewhere interesting. The couple had date nights often.

This family seemed to post quite often about attending special events at area attractions. They went to more concerts, plays, science outings, interesting museum exhibits, etc. than anyone I knew.

And their vacations! They went somewhere for all of the school breaks, including long weekends. And not “just” road trips to a neighboring state. These were vacations that families would be lucky to go to for their big annual vacation.

You can imagine my shock when I learned how in debt they were. From seeing all of their expenditures for happy times on Facebook, I’m sure I wasn’t the only one who thought they were rich. It was really the epitome of things not being what they appear to be on Facebook.

In our former town, lots of people go to Florida for spring break. One year, separately, two moms from two families we were close with told me they were going to this rather unique town in Florida.

I was surprised when one of my kids came home from school talking about how Charlie and Austin are going to Florida together.

Of course, I needed to look this up on Facebook to see what was going on. Sure enough, they were both posting from the same small town in Florida. But they weren’t pictured together and neither tagged the other.

Why weren’t they posting pictures of their families together? This is certainly something both of these women would usually do. Did they block me from seeing them?

The last day of break, I ran into one of the moms who had just returned the night before. Why wasn’t she mentioning how she went with that family-in-common? Finally, I just outright asked her: How was it going with the Smiths?

She said they weren’t planning on meeting up there. She almost made an excuse as to why they didn’t get together.

It almost seemed to me that she wanted to be meet up and the other family didn’t — but who knows! I’m the one who thought they went together when they didn’t even meet up for dinner!

Here I let my mind spin off thinking they were going on vacation together and not inviting my family when that wasn’t the case at all.

While this isn’t a Facebook example, I think it’s such a great real-life example, I must share. I actually think of this situation often as I realize that things can really, truly look one way but not be that way at all.

I was at Target, and in line two transactions in front of me were siblings I recognized from my kids’ school. They were there with (someone who-seemed-to-be) their grandmother. They had so many toys.

There were Lego sets and Nerf guns and games. There was a basketball, a doll, and a Rubik’s Cube. As I stood there discreetly trying to see everything, I thought, “Wow…. That’s a lot of stuff. That must be nice to have such a generous grandma.”

I also probably thought that the kids were pretty lucky to get to go on a shopping spree. Yes, I also thought they were spoiled.

I left and thought nothing about it until a week later when I learned those kids had recently dealt with a flood and lost all of their belongings.

My gosh, here I was thinking maybe grandma is rich and indulges them, and instead, maybe she was trying to replace some of their favorites. Or maybe she let them pick out new things to be excited about and to make the hurt go away.

She was probably trying to show them that life can get back to normal; most things are replaceable. Anyway, I felt like a jerk for judging or thinking anything about it. But it reminded me again: Things are not always as they seem.

So what’s to learn from all of this? Truly, things are not what they seem on Facebook and in life.

We get a glimpse of real photos and real issues on Facebook but most often, it’s witty comments, somewhat-staged photographs, and us trying our best to depict a certain image.

Even the happiest-looking people on Facebook have people who don’t accept their friend request and who unfriend them. They too aren’t invited to all the parties that seem to be going on. We just don’t know about it.

Things not being as they seem on social media

Of course, there’s nothing wrong with trying to show off our best selves. However, it’s so important to remember when we see everyone’s posts, we have no idea what else is going on behind-the-scenes in that picture and in that person’s life. Things are not as they seem on Facebook.