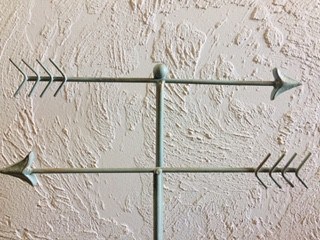 Unfriend vs Unfollow…. What to do? The great news is that Facebook gives us choices. You can choose the drastic measure of unfriending someone if you must. However, if the person simply annoys you, you can unfollow him or her.

There are significant differences between unfriending and unfollowing.

What does it mean to Unfriend someone

When you unfriend someone, you are no longer Facebook friends with her. You are basically saying, “I am done with you. I don’t even want to have a virtual relationship with you.”

You are making a statement when you unfriend someone. The good news is Facebook won’t notify her that you unfriended her. She will have to figure it out on her own.

The only way to be Facebook friends again is if either of you sends the other a Friend Request and the other person accepts it.

What does it mean to Unfollow someone

While there are certainly times when it makes sense to unfriend someone, there is another option. Facebook has given users the gift of the Unfollow button.

Facebook knows some people annoy us and that we get sick of seeing certain friends’ posts. It’s likely they are fine people but their posts annoy us for some reason.

Facebook makes it easy to keep them as Facebook friends without having to see their posts all the time. You simply Unfollow them so their posts won’t pop up in your Newsfeed.

The best part about unfollowing is they will never know. You will still be Facebook friends.

By unfollowing instead of unfriending someone, you will still be Facebook friends. You can still go to their wall to see, Like, and comment on their posts.

The unfollow feature is helpful because if you ever want to check in and see their latest and greatest, you can search their name and see their Wall. You will still have access to all of their posts.

You can Like one of their posts to look civil and still know what’s going on. The best part is you get to decide and control if and when you see this person’s posts.

A big challenge of Facebook is feeling badly after logging on.

If you have a person among your Facebook friends who brings you down, using the Unfollow feature is a great way to not have to see his/her posts.

It’s so easy to unfollow someone on Facebook. We highly recommend it to avoid the drama and questions that come after unfriending someone.

Simply type their name in the search bar to find your friend. Go to their wall.

To the right of that bar is the area you need to Unfollow someone. It will most likely say “Following” now.

Simply click Unfollow and that’s it. Really, it’s so simple.

You will be free at last!

Facebook has figured it out again for us! In addition to indefinitely unfollowing someone on Facebook, you can temporarily Snooze them. You can set it so their posts won’t populate your Newsfeed for 30 days.

When you see someone in your Newsfeed that you want a break from, click on the three dots on the top right of their post.

When you click on the three dots, you will see the option to Snooze (person’s name) for 30 days.

Click it and you will have a 30 day reprieve.

This is a convenient feature which will temporarily hide them from your feed. Of course, you can continue to Snooze someone on Facebook for as often as you wish.

To Unfriend or Unfollow

Isn’t it great?! You don’t have to unfriend someone on Facebook to spare yourself from seeing them and their posts.

I think of this when I think about some former Facebook friends.

I can think of five people who unfriended me on Facebook. (If there are this many I DO know about, how many more are there I DON’T know about?)

I find this business of unfriending very interesting. Sure, I’ve unfriended people. However, it was for very specific reasons. And I’m sure the people would know very well why I did it.

Yet, the ones that did it to me, I have to admit, I really do not know. I moved away from a state in which two of the people unfriended me. Would that be a reason to unfriend? Learn about someone unfriending you and what to do.

I’ll admit, it always comes as a shock. What did I do?

There are times when you really need to take a break from someone or unfriend them. These may be competitive people or people who never Like your posts or say Happy Birthday. They don’t seem to ever engage with your posts.

But is that a reason to unfriend someone? I know plenty of people who like to see what’s going on in their Facebook friends’ lives but don’t always want to Like or comment. They still care.

Reasons to unfollow or unfriend someone

Reasons to unfollow someone

Reasons to unfriend someone

Most Facebook friendships are easy to maintain. It’s virtual for goodness sake! Actually, “friendship” is probably too strong of a word. It’s more like a Facebook relationship.

It’s not like in real life we will encounter each other often, or ever in most cases. We won’t have to endure small talk over lunch or even a phone call.

We won’t ever email. Never will we text. There won’t even be a private message via Facebook. (Really, how many conveniences can we enjoy these days?)

So what’s this unfriending business about?

I use Facebook like I do life; I’m aware of the social ins and outs. So really, it truly comes as a surprise when one of my Facebook friends actually unfriends me.

Why wouldn’t someone just Unfollow me?

Sure, I have some Facebook friends who annoy me for whatever reason.

A few coming to mind are the braggers, some who swear, the political posters, a few people who seem to need some sort of constant acknowledgement and recognition, and a few who post every single thing they do.

In these instances, I just “Unfollow” them. Done. No one is any the wiser.

At the end of the day, we are still Facebook friends. No harm done.

These Facebook friends will no longer show up in my Newsfeed but we are still friends.

After unfollowing them, in order to see one of their posts, I have to actively type in their name and go to their page.

Unfollowing someone is great. I LOVE this Facebook tool. Try it, and you too will no longer be reminded of these people or annoyed/bothered seeing these people’s posts and lives.

If you want to look them up now and then, you can.

Sometimes I’ll do this and even shoot them a Like. See? No one ever has to know I unfollowed them. It’s practically the same as unfriending but without the drama and controversy.

With unfollowing, you aren’t making a statement.

If you are undecided between unfriend vs unfollow, choose unfollow.

By unfollowing instead of unfriending, you save them from wondering, “Why did she/he Unfriend me?” It’s actually being really nice.

So why wouldn’t someone just Unfollow? Why do people Unfriend?

There could be all sorts of reasons. This person could be a toxic or (for real) dangerous person whom you never want to associate with.

It certainly makes sense to cut all ties. (You may want to block someone in these types of situations.)

It also makes sense if you are no longer dating that person. Understandably, both of you want to move on.

There are situations in which you may have a Facebook friend in common with someone you want to stay away from. While you can set your Privacy Settings high, it still make make sense to Unfriend a common person.

I’ve cut off someone for that reason. “Mary” was my only tie to “Jane,” someone I wasn’t Facebook friends with.

However, I wanted to stay as far away from Jane as I possibly could, so unfriending Mary cut off all possible ties to Jane.

I didn’t want Jane showing up as a Facebook Friend Suggestion. I didn’t want her to be able to see anything that Mary may have Liked on my Wall.

So I just eliminated the middleman…. I gave Mary the ax. I unfriended her.

Possibly I could have sent a farewell message to give Mary a heads-up I was cutting her loose.

But I didn’t because I barely knew her anyway (it was my husband’s relative) and had zero relationship with her except for the times she Liked my Posts.

However, to explain why I was going to be Unfriending her required I explain my disdain for Jane, and frankly, I didn’t want to give Jane the satisfaction.

So sometimes there are very easy reasons to Unfriend. But other times, it is sort of just out there. Baffling even. A mystery.

Unfollowing vs Unfriending on Facebook to keep the peace

You can take the bold move to unfriend someone but you can’t say “Hey, Taylor, what you did was not cool, and now I’m mad at you.”

It does sound childish and awkward, and it’s easiest to take the path of least resistance.

But if you ever had any sort of decent relationship with them, it just seems like pressing “Unfollow” is the better choice.

Maybe people unfriend because it just doesn’t matter. It’s all la-la-Facebookland and who cares because I really won’t ever see this person again.

Or maybe it’s to create a sort of power trip…. Maybe you do see this person but this person has unfriended you, and you are left to wonder what that was about. It’s becomes a social power play or mind game.

We all have Facebook friends who annoy us. They brag in their posts. Their lives look too perfect. They are posting about their busy social lives and how popular they are going out every weekend and tagging everyone.

We’re often stressed out and barely keeping it together.

It’s not fun to log on Facebook and be slammed with all of these posts that are either annoying or that drag us down.

No one wants to feel left out or that we aren’t doing X Y and Z for our families.

Most of the people I’ve unfollowed is because I’m just sick of seeing them showing off. I’m done with their bragging.

These are the Facebook friends who post every outing for coffee, breakfast, dinner, a margarita, and anything they do, tagging everyone in attendance.

Rather than continue to be annoyed, I can easily unfollow them. No harm done.

When you are trying to decide whether to unfriend or unfollow someone on Facebook, it’s typically fairly simple to decide.

Usually, there’s no need to make the bold statement of unfriending someone. Simply go about your business, and unfollow those people you are tired of seeing post on Facebook. No harm done….

We also think it’s funny that unfriending and unfollowing are new words we use because of social media.